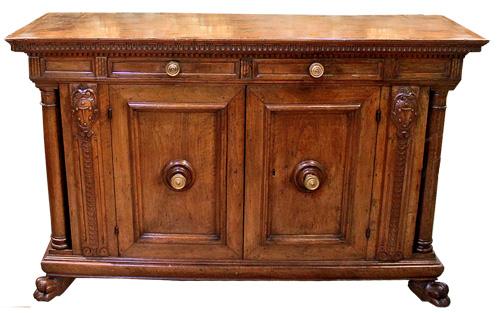 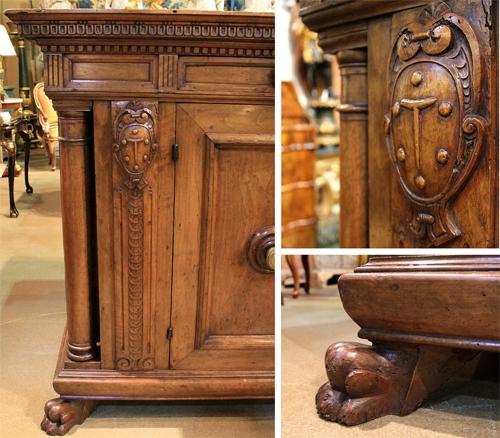 The Magnificent Early 16th Century Medici Credenza from the Ospedale di Santa Maria Nuova, the oldest hospital in Florence, founded by Italian merchant banker Folco di Ricovero Portinari, in 1288 (he was the father of Dante’s famous muse Beatrice Portinari), and starting in 1420 became a beneficiary of the patronage of Cosimo di Medici (and would continue to be patronized by his son Pietro and his grandson Lorenzo the Great di Medici for more than 40 years it was improved and expanded under the patronage of Cosimo di Medici through the Medici Bank’s representative, Tommaso Portinari, the great grandson of the hospital founder. Duke Cosimo I (1517-74) was a great patron of the Renaissance, spending huge sums of money on both architecture and art.