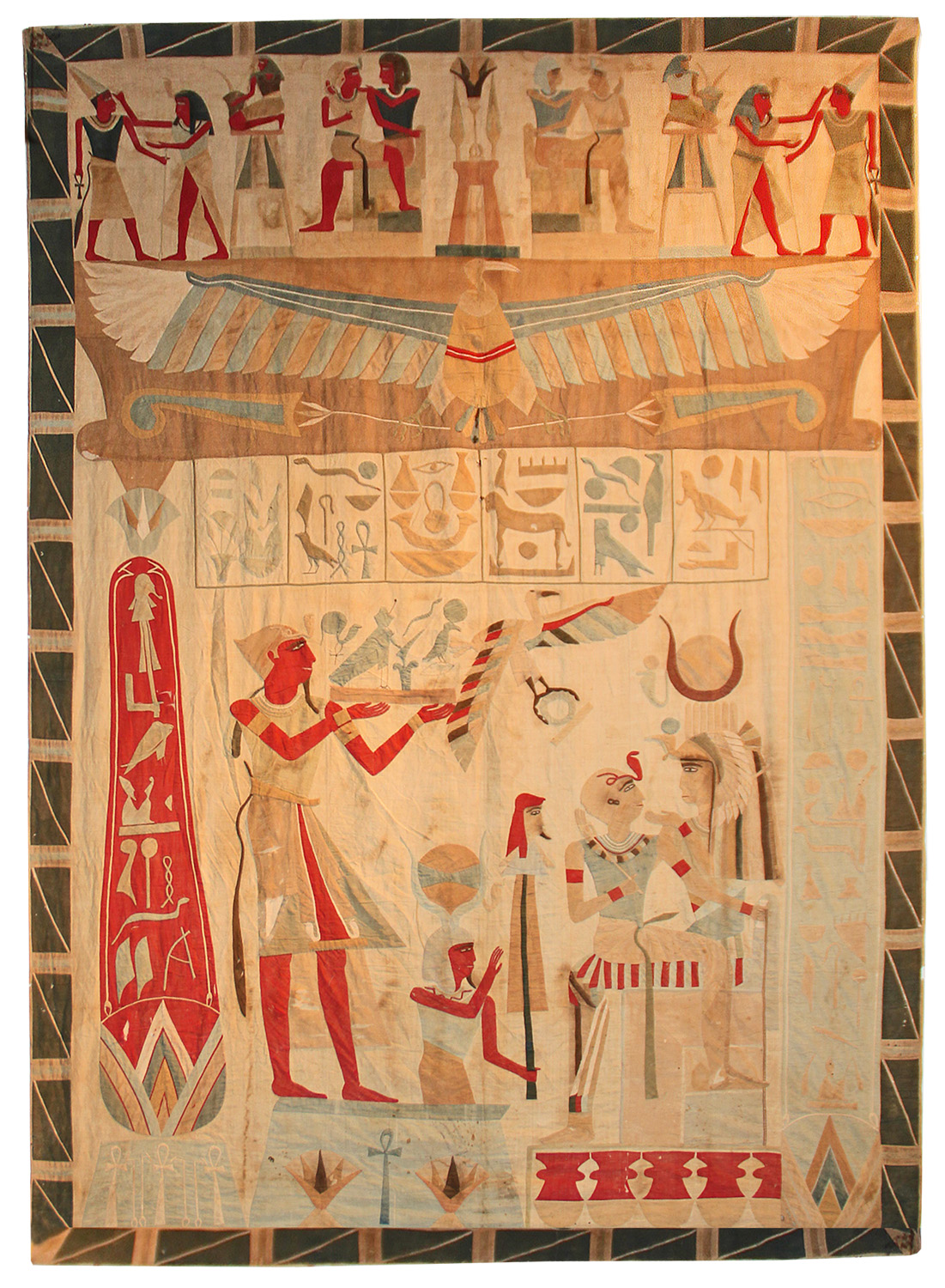 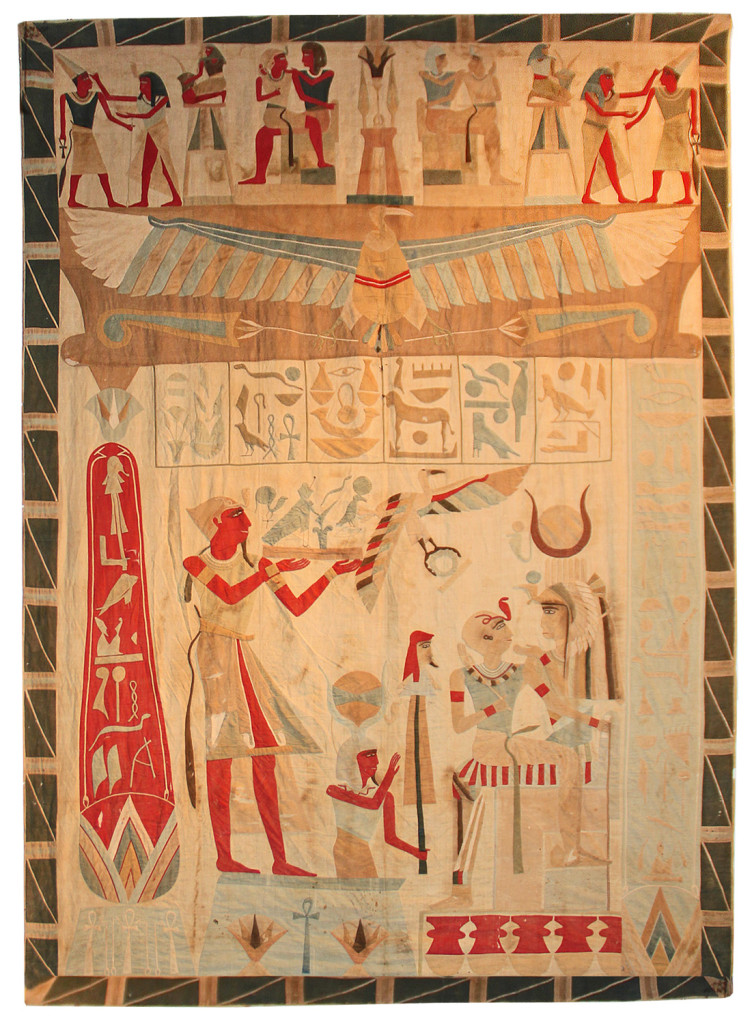 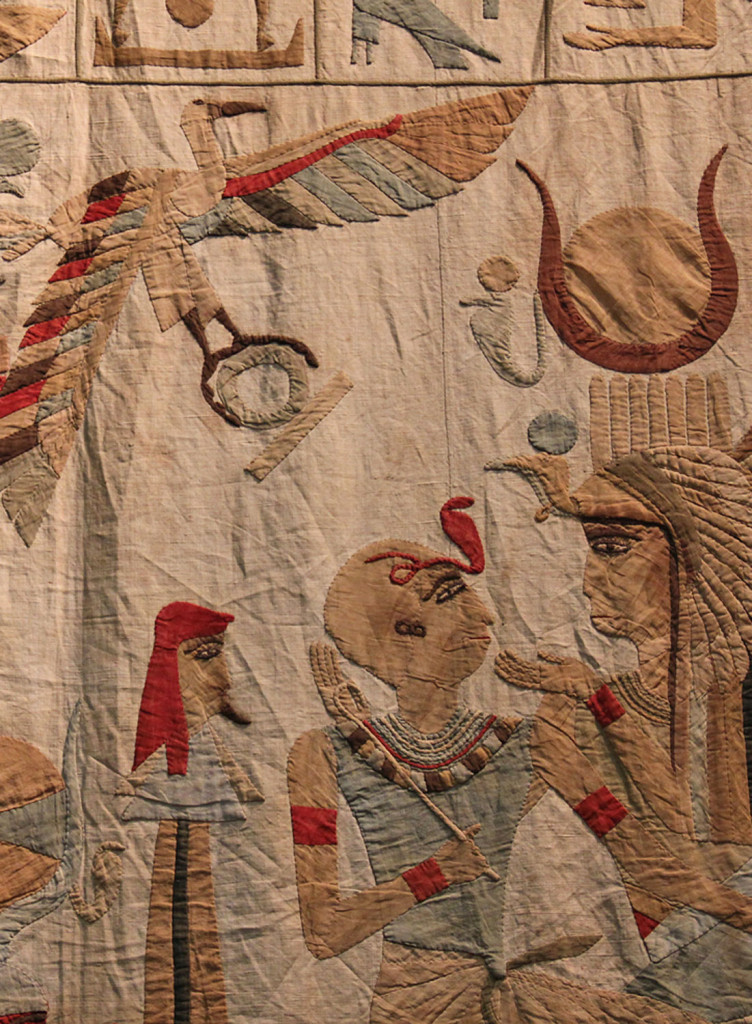 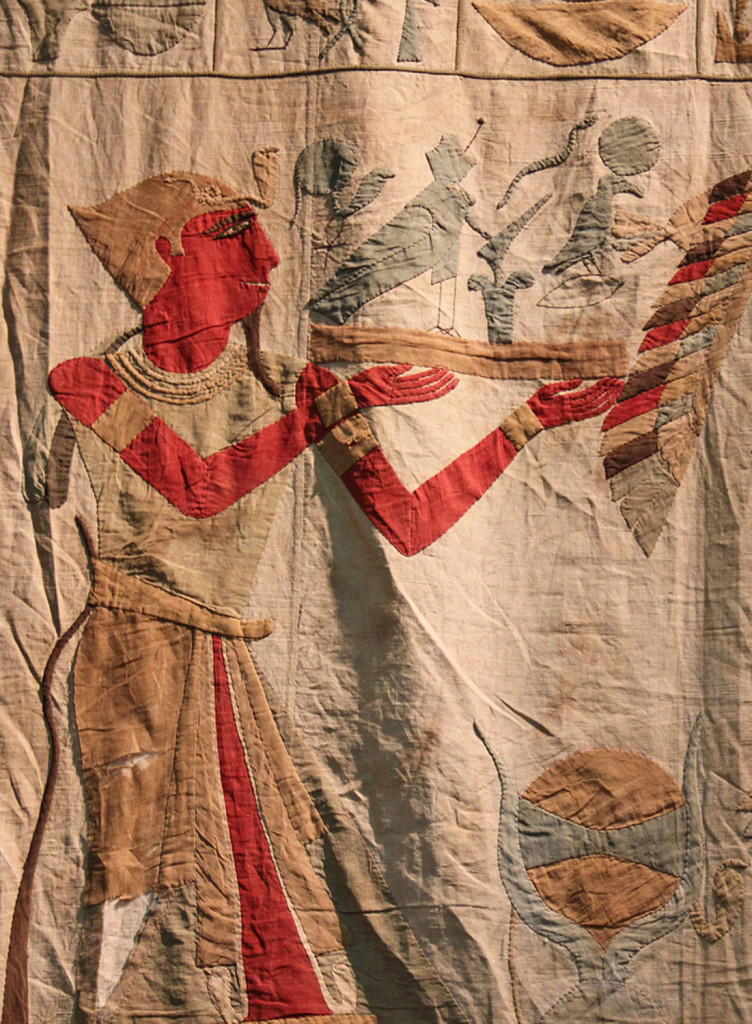 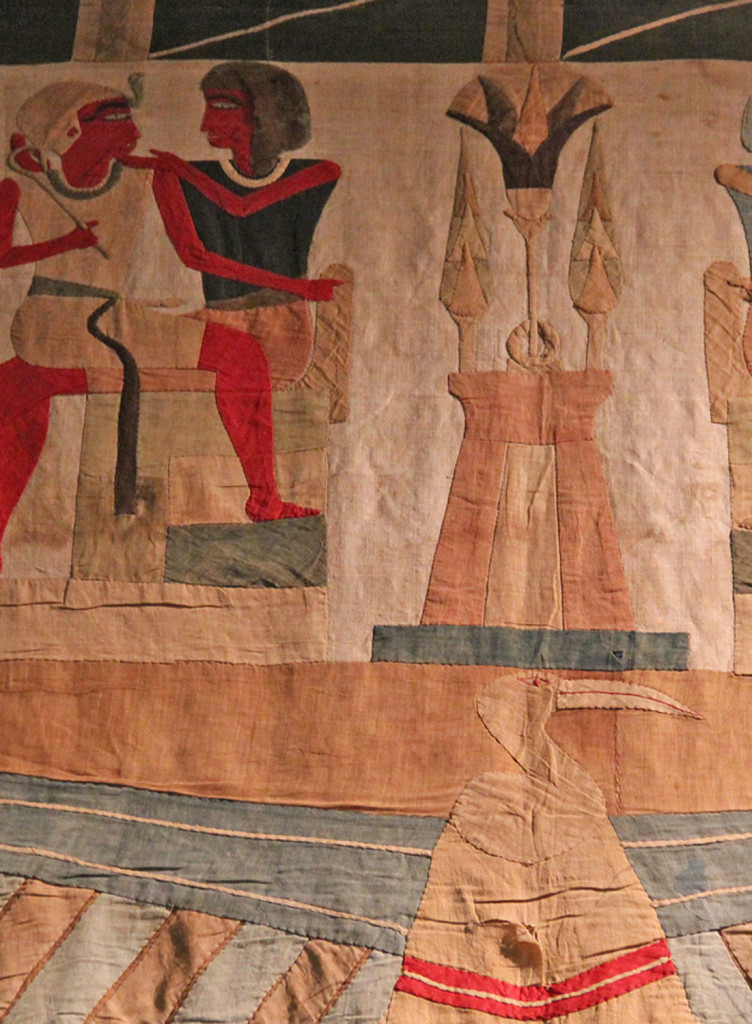 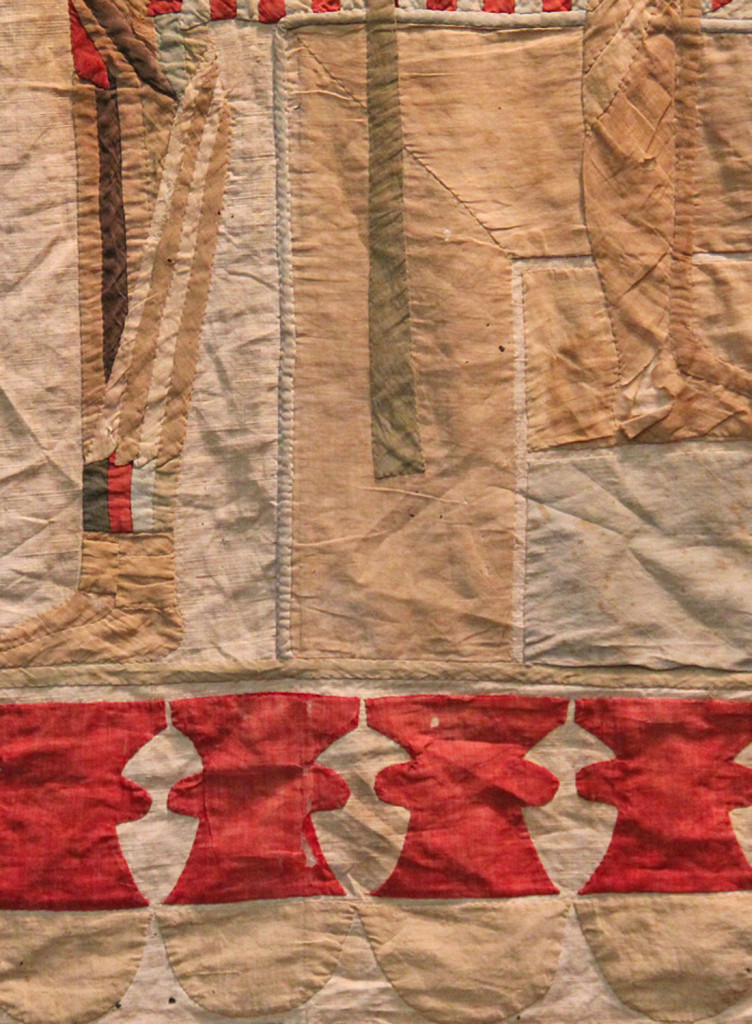 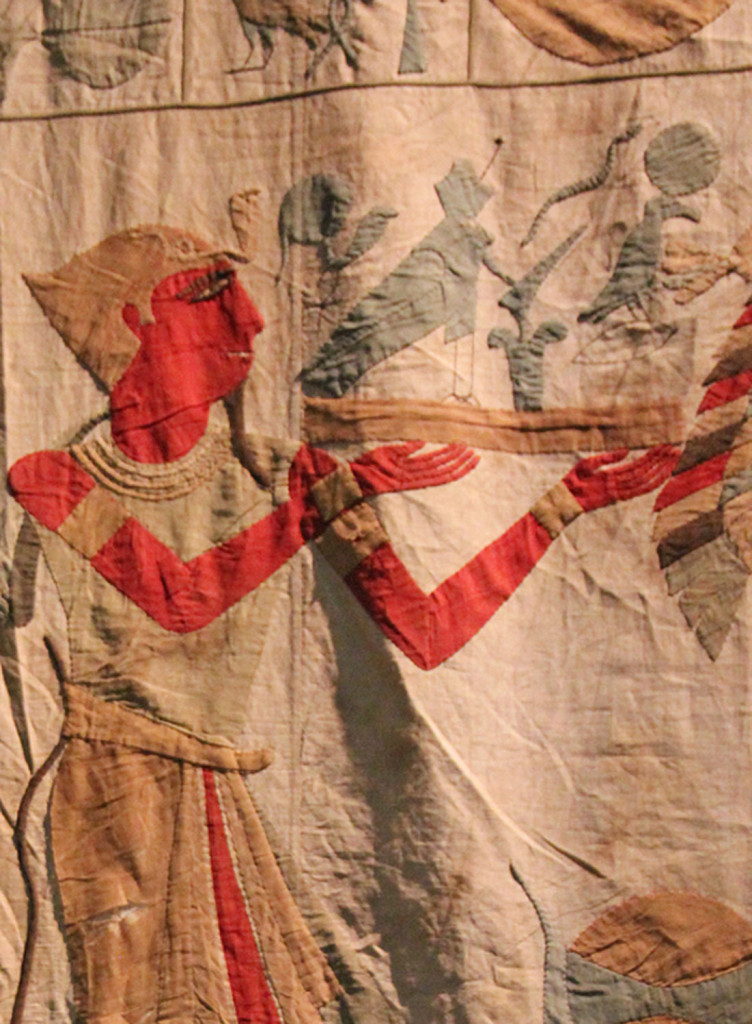 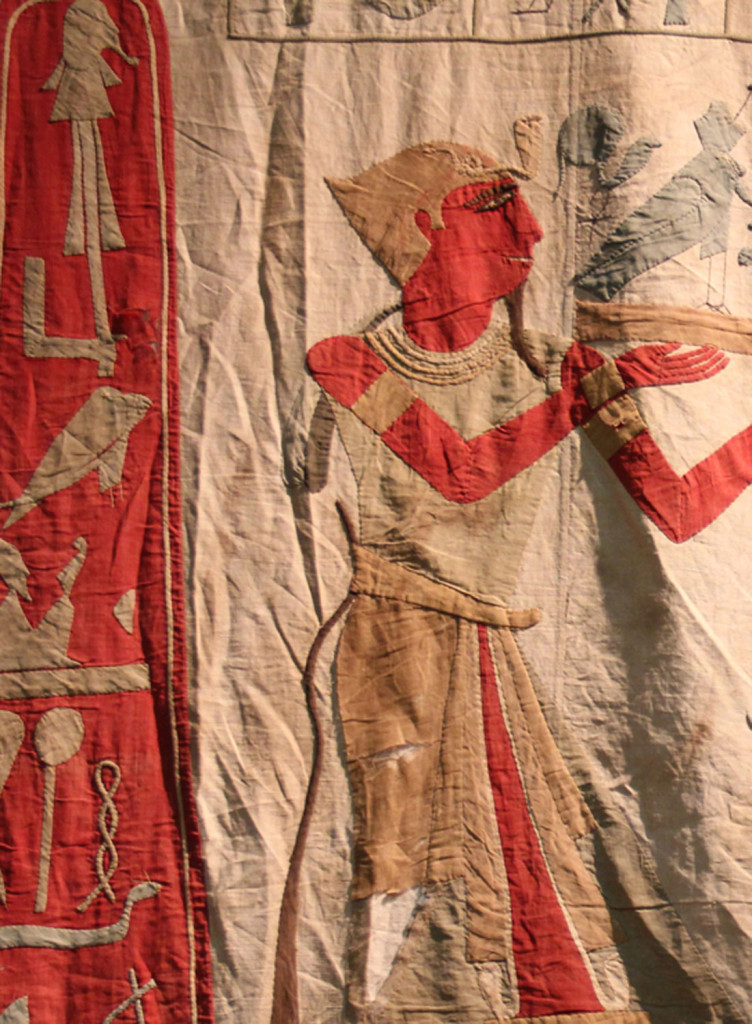 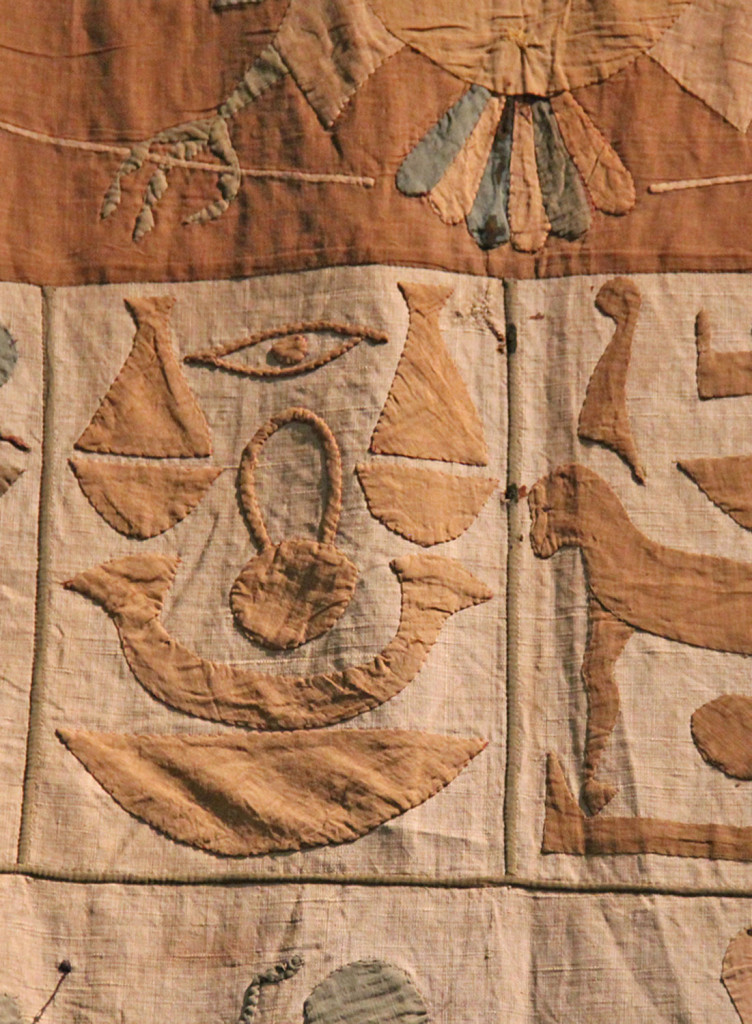 A Large and Unusual Egyptian Revival Wall Hanging, made of hand stitched cotton appliqués in muted shades of crimsons, teals, creams and greens, the whole centered by a Horus falcon, god of war and hunting, with wings spread, symbolizing power and representing pharaohs (pharaohs were thought to be Horus in human form), below the Horus falcon is the vulture goddess, Nekhbet, holding a shen ring, a circle connected to a line, meaning eternal protection. Amongst Nekhbet is a man depicted with red skin; while this was a normal depiction, the Egyptians also painted themselves with red ochre during celebrations and ceremonies. To the right is a seated woman wearing a vulture headdress, signifying she is either a deity, queen or other royal and a symbol of maternal protection. A young boy sits on her lap wearing a khat, worn by royal and divine, and the whole featuring hieroglyphs, geometric motifs and figural images. Discoveries during Napoleon’s Egyptian campaign (1798-1801) spurred a fascination with Egyptian culture, influencing art, science, architecture, literature, religion in Western culture. This interest in Egypt grew upon the unearthing of King Tutankhamen’s tomb in 1922 and its influence an be seen in the Art Deco style