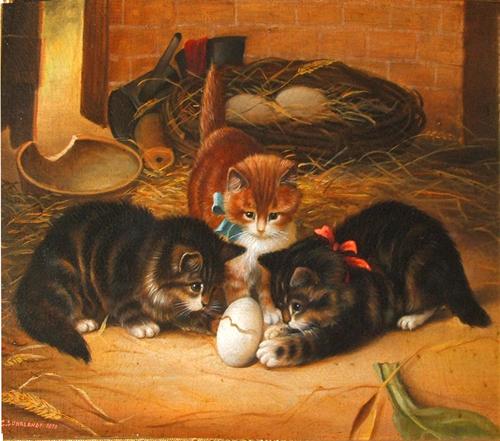 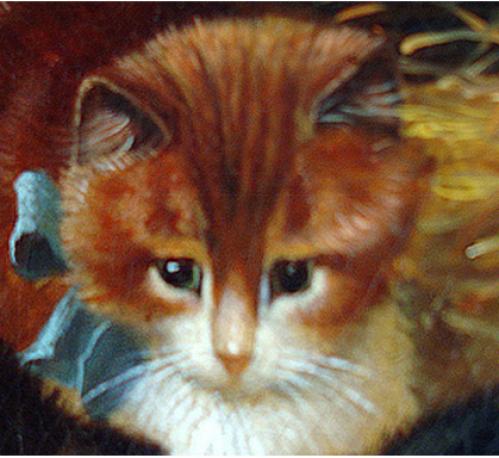 A 19th Century Oil on Canvas entitled The Egg, signed and dated 1873 by Carl J. Suhrlandt (b. 1828 – d. 1919), the Bavarian painter who studied under Ary Scheffer in Paris and then became known for his commissioned works of dogs and cats belonging to the English, French, Danish and Russian aristocracy